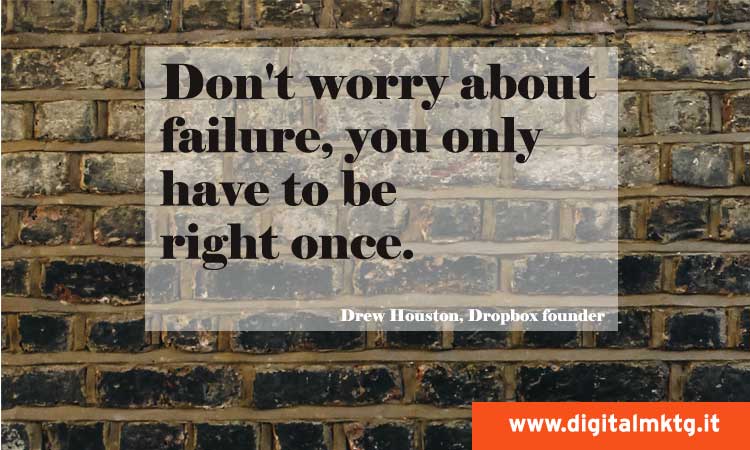 Don't worry about failure, you only have to be right once.

The perception of failure is probably one of the success factors (excuse the pun) of the silicon walley companies.

The quote above is from one of the most famous exponents of American tech companies.

Drew before founding Dropbox has created other companies who have not had the same success.

The secret is to try and learn from the mistakes starting from the awareness that only after several attempts and refinements can be found the success.